This week I spent mostly in New York, because Black Sabbath played in Brooklyn. I spent the day walking along the riverside on Manhattan island, and ran into Wall Street without knowing that it was there. The day after the concert I walked along 5th Avenue, so I could see the flatiron building, and some nice parks. On Wednesday I went to the American Museum of Natural History, which was really nice and huge, and spend there basically the entire day, until I had to go back to the apartment because we had to go back to DC.
I told all of this in advance, since the best comes last:
On the 31st at 6:30pm, we finally entered the Barclay's center, where Black Sabbath would play later! I was so unbelievably excited! At 7:30 the opening band, Reignwolf, performed for about 45 minutes. Only about 15 minutes later Black Sabbath entered the stage! I was so excited, and I was cheering for them. This was the first time I saw my favorite band and it was awesome! I just can't find the words to describe it! They played many songs and the atmosphere was really great. The finale was when they played Paranoid, which was fantastic. In the end they played for two hours, which is not too bad in the end. The drummer they are touring with was also really amazing and all together they had an incredible show! This was definitely one of the best nights in this year!!
Posted by Unknown at 8:10 AM No comments:

Even though my birthday is on the 25th, I had my birthday party was on the 23rd of march. As I mentioned before even my friend from Richmond came, many of the neighbors, and friends and I am very glad all of them where at the party. There was a lot of food, and almost everything with peanut butter (really good!), like cookies, brownies, sandwiches, M&M's with pictures of me on it (!) and a very an awesome cake! Nicole's friend even had one of these old cameras that "print" the picture right after you took it (I don't know how these cameras are called), so now I have many pictures that like kind of old and retro, which is really cool! I also got a lot of really nice presents, for example Nicole had different people from all over the world sent me birthday wishes, which is really nice because now I have so many interesting cards.
I had a nice time with all of them and I am thankful that all of them came, and I want to say thank you especially to Nicole, who organized all of it! :)
Posted by Unknown at 7:57 AM No comments:

I finally get to do this blog post: Max took me to Disney World last week! We left on Wednesday to Florida, and after we got into our hotel room we left right away for the first park we went in, the Hollywood Studios. Of course there is a lot of waiting in Disney World, but luckily every once in a while we could use a Fast-Pass, which helps you to skip parts of a line. Two of my favorite rides in the Hollywood studios were the Hollywood Tower and the Rock and Roller Coaster.There also were some great shows, for example a Indiana Jones Show and many others that were great. The next day we spent in Epcot and the Magic Kingdom. Epcot was fun, because parts of it is about the future, and very educational, and when we walked at the waterside, we came by different "countries" that were represented (there also was Germany). I liked that because it was about traveling and they made it look really realistic. We had lunch in Italy, where I had so amazing pasta! The Magic Kingdom was the park which was the most about Disney, because there was the castle, and there were many Disney rides. We spend a lot of time with going on some rides, sometimes we even had to wait a really long time, but it always was worth it! The third day we went to Animal Kingdom, which obviously is about animals. We went on a "safari" ride, and also a very fast one, which I liked the best. There were two very cute shows, and the whole park had a tropical feeling. Then we went back to Epcot, because we had diner in Germany! It was a lot of fun there, because the whole atmosphere was just amazing! It was kind of Bavarian, they had music and the food was not bad, but obviously not as good as in Germany. To make it more realistic, all the waiters were from Germany with German accents. It really was a lot of fun! In the evening we saw some amazing fireworks from Epcot.

The last day we spent again in both, Epcot and the Magic Kingdom, doing some last rides, that were so much fun again. Then we had to leave, to get the plane back to DC. At home I there was my friend from Richmond waiting for me, because she came to be at my birthday party the next day!

Posted by Unknown at 6:41 AM No comments:

On Friday I went with my other exchange student friends and their organization to a ski trip in Pennsylvania.
We left on Friday and arrived at the house we would live in at around 8 or 9. All the other people from that organization were really nice and spend time with them that evening. On Saturday we finally got to ski. First we had a 1 hour lesson, but since I skied once already, I know all the stuff the teacher told us, but it was still good, since I don't remember that much either. I skied the entire day, we had a break for lunch and then continued. At 4 I showered and then there was diner already, and most of the people there would continue skiing after diner, and I really wanted to too, so I just changed back and we went night skiing. That was really a lot of fun! First it was a little creepy, especially because it was a little more icy, but after we went for a few runs it got more and more fun. I really enjoyed it a lot.
We still went skiing on Sunday, until around 12. Then we had to leave for lunch and to pack our things, and we finally got on the bus. It would have been nice to continue skiing since it was so great, but it also was good to sleep in the bus, since I didn't had so much sleep that weekend.
I'm glad I joined the trip :) 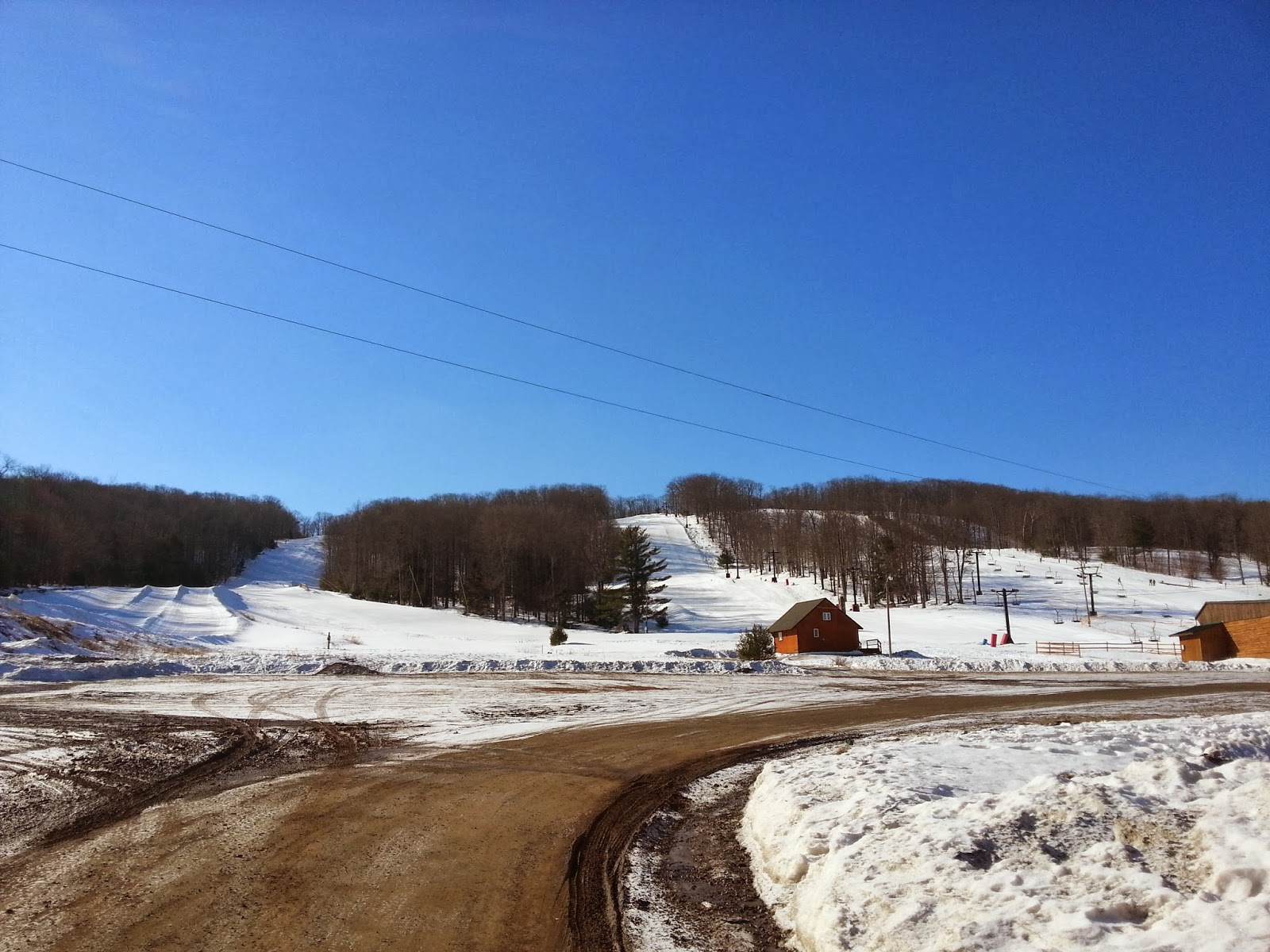 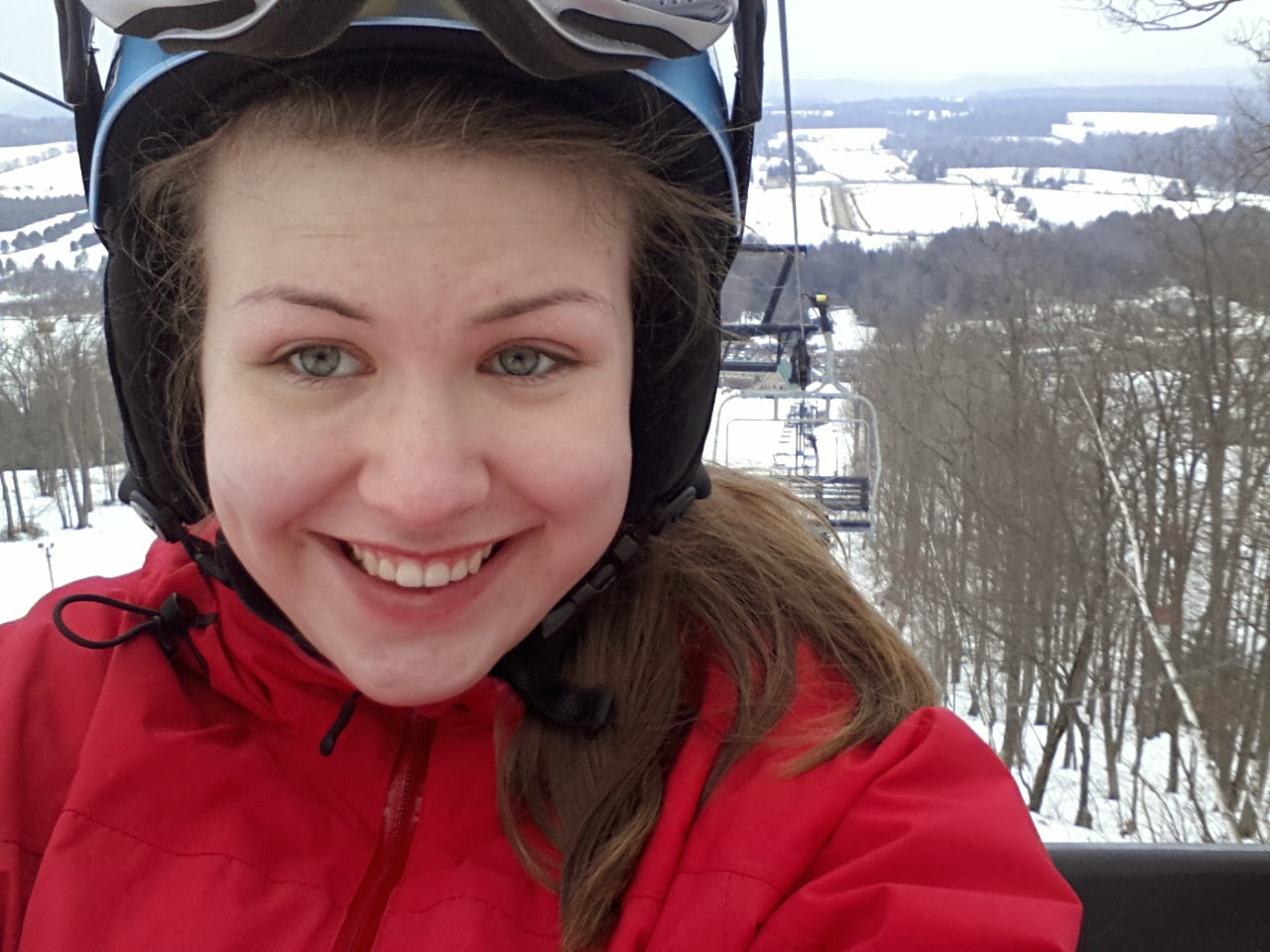 Posted by Unknown at 9:48 AM No comments:

Most fancy diner I had so far!

We went with Max and Nicole's friends to a very fancy restaurant, because one of their friends knew the owner. It really was kind of fun to dress up for a restaurant. At the restaurant we had really good food, which was just in the right portions, so we were full in a positive way in the end, and didn't have the feeling to explode because of too much food. It also tasted very good, and the waiter prepared my caesars salat right in front of me.Then I had pasta, which was fantastic too. For desert Nicole and me ordered Crepes, and this the waiter also prepared in front of us. He even did that thing with alcohol which made it burn for short. That was a really awesome evening with amazing food.
Posted by Unknown at 9:38 AM No comments:

...is where we, Max, my friend Madina and me, went on Saturday! It is a really huge museum and we easily spent the whole day there. There are so many different sections to look at, for example minerals and stones, ocean animals, mummies, bones, a photo gallery, insects and so many other different sections. It was so much, we haven't even finish the whole museum yet! We did most of it though, including the shows. We saw a 3D movie about surfing, which I though was really nice, because they also showed the nice locations of Tahiti. There was a special exhibition about genomes, and we could do observations of if we are super-tasters ( someone who can taste finer than others, which I'm not) and how similar the little details in our DNA is (e.g.: if we have dimples, how close our pinkie fingers are while holding them together, a.s.o.), and it turned out that Madina and I are more similar than we though ;).
We went to a restaurant for lunch, and then up the tower of the old post office in DC. Right after we went back the museum and continued looking at all the exhibitions. By the end we went in a butterfly "house" basically where were butterflies all over the place. That was really nice and perfect for taking nice pictures!
We were there from 10 in the morning to 5 in the evening! That was really a lot of fun!
Posted by Unknown at 11:55 AM No comments:

On Martin Luther King Day our neighbor John took us to the Pentagon! He is working there, so he is allowed to bring a certain amount of people in there and he gave us a 2 hour tour of the bulding.
It is such a huge building, which has convenience stores, jewelry stores, suit shops and several food courts, doctors and a gym inside, because the employees who work at the Pentagon often work really long, so that they have no time to go to things like doctors or to do grocery shopping outside of work, so having all these things in the Pentagon makes it much easier for people who work there.
We saw the chapel, and walked by the post office. There are 9 Starbucks and 683 bathrooms ( the number of bathrooms was needed twice because it was built when Virginia was still segregated, meaning divided by race). There were lots of history/art installations,quilts, photos, flags, military artifacts like uniforms, weapons, etc on the walls.
I'm glad I got to see it, since it is such a huge and important building!
Posted by Unknown at 11:17 AM No comments: